Former Big Brother Naija housemate, Tuoyo has expressed his worry about the type of women who are attracted to him.

The reality TV star made his expression known via his Instagram Stories on Monday, September 13, 2021.

“I think I really need to attend Shiloh this year, because I don’t know why it’s only broken girls I always meet or get attracted to,” he wrote. 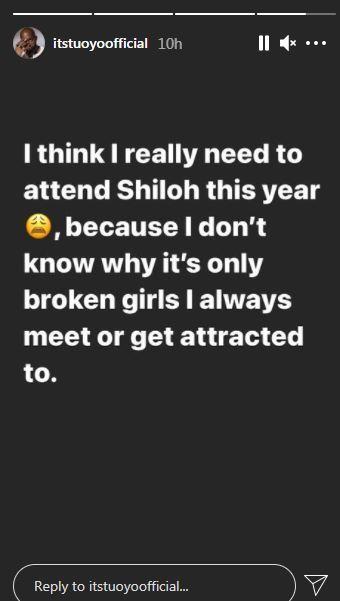 The reality TV star says he plans to seek help from a church.

Tuoyo was one of the housemates from the fourth season of Big Brother Naija.

The reality TV star caused a lot of stare during the show when he revealed that he was a stripper.

A year later, the Delta state born fitness instructor confessed to lying about his stripper profession. 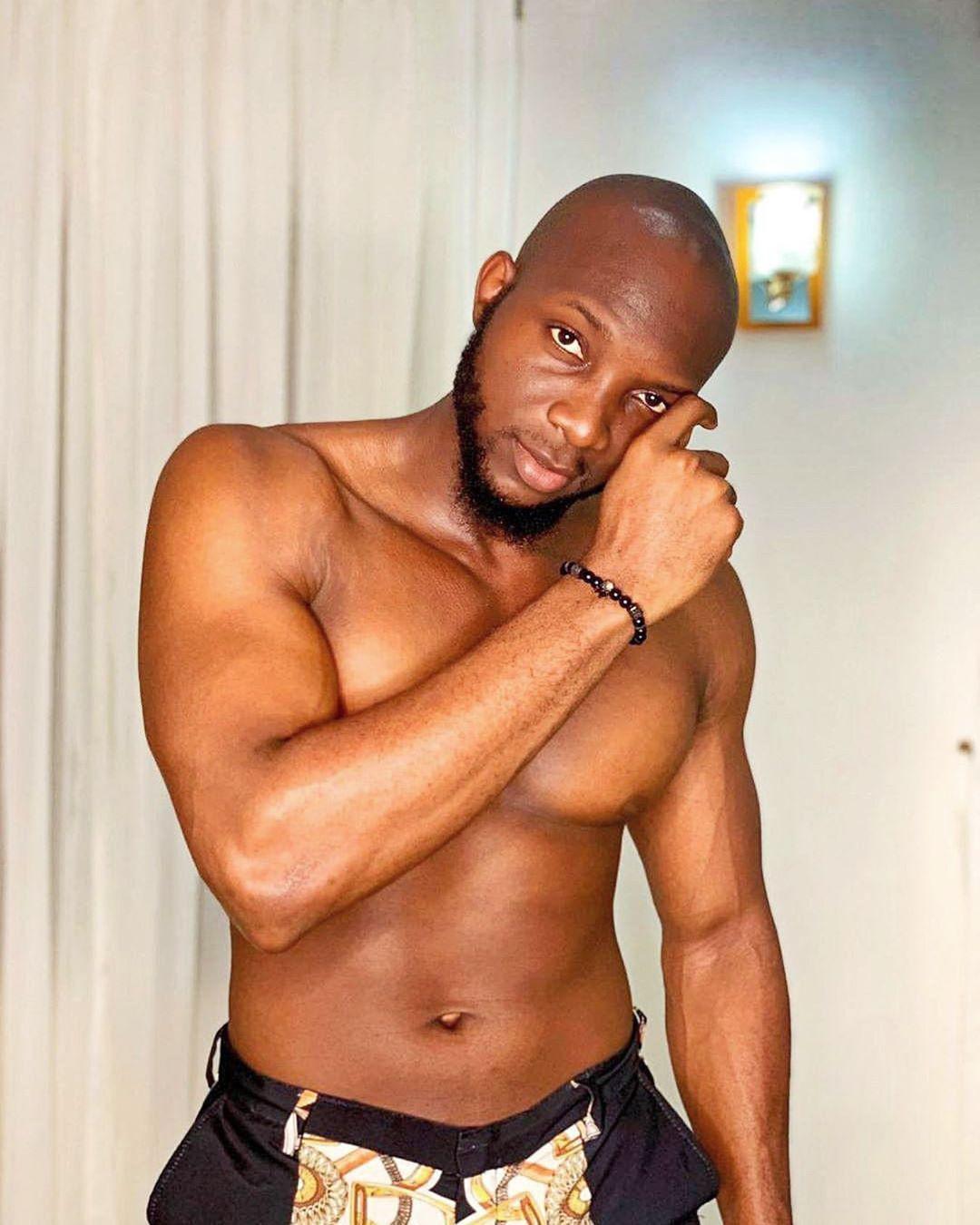 Tuoyo Ideh says he lied about being a stripper during his time at the reality TV show. [Instagram/ItsTuoyoOfficial]

“For over a year now I’ve been living a lie. Some people have advised me to go on with it but I fear for my mental health and my future so I’ve chosen to come out. Big brother was my biggest shot at fame and nothing in the world could have stopped me from grabbing it with both hands,” he wrote.

According to Tuoyo, he got tired of keeping up with the lie and fake career path he had created for himself which made him feel like a fool.